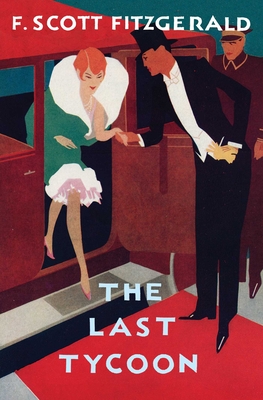 The Last Tycoon, edited by the preeminent Fitzgerald scholar Matthew J. Bruccoli, is a restoration of the author's phrases, words, and images that were excised from the 1940 edition, giving new luster to an unfinished literary masterpiece. It is the story of the young Hollywood mogul Monroe Stahr, who was inspired by the life of boy-genius Irving Thalberg, and is an exposé of the studio system in its heyday.

The Last Tycoon is now available for the first time in paperback.

F. Scott Fitzgerald was born in St. Paul, Minnesota, in 1896. He attended Princeton University, joined the United States Army during World War I, and published his first novel, This Side of Paradise, in 1920. That same year he married Zelda Sayre and for the next decade the couple lived in New York, Paris, and on the Riviera. Fitzgerald’s masterpieces include The Beautiful and Damned, The Great Gatsby, and Tender Is the Night. He died at the age of forty-four while working on The Last Tycoon. Fitzgerald’s fiction has secured his reputation as one of the most important American writers of the twentieth century.

“As I read this novel, line by line, I was impressed all over again by how amazing the writing is. The dignity never wavers, and it says everything that needs to be said.” —Haruki Murakami, The New York Times

“Renowned Fitzgerald scholar Bruccoli has reassembled the…existing episodes according to Fitzgerald’s intentions. A significant glimpse into the creative faculties of one of literature’s preeminent minds. Essential….” —Library Journal

“Bruccoli’s introduction and account of the composition of the novel are sensitive and nuanced, the result of a lifetime of Fitzgerald study. The book has marvelous set pieces, vivid cinematic images, and sustained invention…a few of the reasons the book endures.” —David Freeman, The Los Angeles Times

“A new, fascinating perspective on Fitzgerald’s work, and the novel writing process in general.” —David Wiegand, The San Francisco Chronicle

“No other Fitzgerald-related work [Bruccoli] has done is likely to be as important as his critical editions of the major works. The Love of the Last Tycoon carries the authority of a great writer working very close to the top of his form.” —Scott Donaldson, Chicago Tribune Books