Wrinkles in Time: Witness to the Birth of the Universe (Paperback) 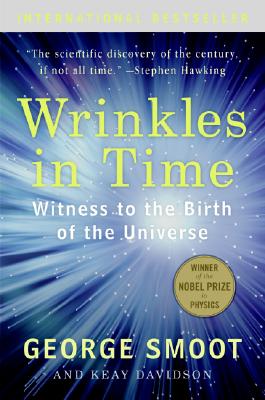 Astrophysicist George Smoot spent decades pursuing the origin of the cosmos, "the holy grail of science," a relentless hunt that led him from the rain forests of Brazil to the frozen wastes of Antarctica. In his search he struggled against time, the elements, and the forces of ignorance and bureaucratic insanity. Finally, after years of research, Smoot and his dedicated team of Berkeley researchers succeeded in proving the unprovable—uncovering, inarguably and for all time, the secrets of the creation of the universe. Wrinkles in Time describes this startling discovery that would usher in a new scientific age—and win Smoot the Nobel Prize in Physics.

Winner of the 2006 Nobel Prize in Physics, George Smoot has been an astrophysicist at Lawrence Berkeley National Laboratory since 1974 and has been a physics professor at University of California–Berkeley since 1994. He lives in Berkeley, California.