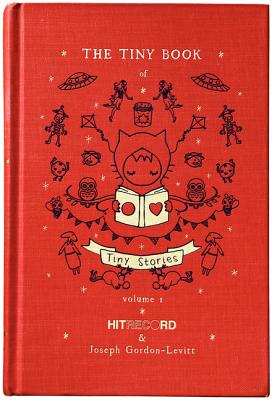 By Joseph Gordon-Levitt
$15.99
Possibly out of print. Email or call to check availability and price.

This is book number 1 in the The Tiny Book of Tiny Stories series.

HitRECord’s collaborative coalition of artists andwriters are making history with The TinyBook of Tiny Stories: Volume 1, a collection of innovative crowd-sourcedcreative projects that pushes the limits of originality, cooperation,imagination, and inspiration. HitRECord, a grassrootscreative collective founded by actor Joseph Gordon-Levitt, known worldwide forhis performances in (500) Days of Summer and Inception, is aforum where thousands of artists worldwide share work and contribute to theirpeers’ projects in writing, music, videos, illustration, and beyond. AlongsideDean Haspiel’s ACT-I-VATE, a groundbreaking comicscollective, and the photographer JR’s Inside Out Project, hitRECordis a haven for budding creatives. Now, the collectivehas edited together its most promising stories and illustrations to serve asits face in introducing the world to a new generation of talent, in The Tiny Book of Tiny Stories.

“With more than 40,000 participants working together to create short films, music, art or stories, Joseph Gordon-Levitt’s hitRECord offers a creative opportunity for fresh talent to team together and expose their art.” — Time magazine