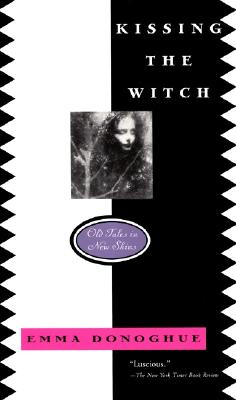 Thirteen tales are unspun from the deeply familiar, and woven anew into a collection of fairy tales that wind back through time. Acclaimed Irish author Emma Donoghue reveals heroines young and old in unexpected alliances--sometimes treacherous, sometimes erotic, but always courageous. Told with luminous voices that shimmer with sensuality and truth, these age-old characters shed their antiquated cloaks to travel a seductive new landscape, radiantly transformed.Cinderella forsakes the handsome prince and runs off with the fairy godmother; Beauty discovers the Beast behind the mask is not so very different from the face she sees in the mirror; Snow White is awakened from slumber by the bittersweet fruit of an unnamed desire. Acclaimed writer Emma Donoghue spins new tales out of old in a magical web of thirteen interconnected stories about power and transformation and choosing one's own path in the world. In these fairy tales, women young and old tell their own stories of love and hate, honor and revenge, passion and deception. Using the intricate patterns and oral rhythms of traditional fairy tales, Emma Donoghue wraps age-old characters in a dazzling new skin.

Born in Dublin in 1969, EMMA DONOGHUE is a novelist, screenwriter and playwright. Her novel Room sold more than two million copies and won the Rogers Writers’ Trust Fiction Prize and the Commonwealth Writers’ Prize (Canada and the Caribbean). It was also shortlisted for the Man Booker and Orange Prizes as well as the Scotiabank Giller Prize. It sold more than two million copies. Donoghue scripted the Canadian-Irish film Room, which was nominated for four Academy Awards, including Best Picture. Her fiction ranges from the contemporary (Stir-Fry, Hood, Landing, Touchy Subjects, Akin) to the historical (Slammerkin, The Sealed Letter, Astray, Frog Music, The Wonder, The Pull of the Stars). She has also written two books for young readers, The Lotterys Plus One and The Lotterys More or Less.