Death of a Salesman: Certain Private Conversations in Two Acts and a Requiem (Paperback) 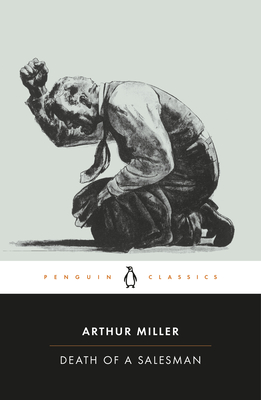 Since it was first performed in 1949, Arthur Miller's Pulitzer Prize-winning drama about the tragic shortcomings of an American dreamer has been recognized as a milestone of the theater. Willy Loman, the protagonist of Death of a Salesman, has spent his life following the American way, living out his belief in salesmanship as a way to reinvent himself. But somehow the riches and respect he covets have eluded him. At age 63, he searches for the moment his life took a wrong turn, the moment of betrayal that undermined his relationship with his wife and destroyed his relationship with Biff, the son in whom he invested his faith. Willy lives in a fragile world of elaborate excuses and daydreams, conflating past and present in a desperate attempt to make sense of himself and of a world that once promised so much. This Penguin Classics edition features an introduction by Christopher W. E. Bigsby.

Christopher Bigsby is a professor of American Studies at the University of East Anglia. He edited the Penguin Classics editions of Miller's The Crucible, Death of a Salesman, and All My Sons.

"By common consent, this is one of the finest dramas in the whole range of the American theater." —Brooks Atkinson, The New York Times

"So simple, central, and terrible that the run of playwrights would neither care nor dare to attempt it." —Time