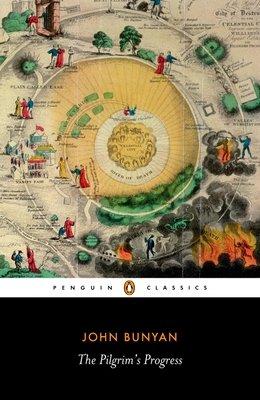 A new edition of one of the greatest allegorical stories ever written. Nominated as one of America’s best-loved novels by PBS’s The Great American Read

A masterpiece of the English Puritan tradition, The Pilgrim's Progress is rich in its imaginative power and its vivid and heartfelt language. It recounts the story of Christian, who appears to the author in a dream, and his journey to Heaven through the trials and tribulations of life. He meets many like-minded pilgrims on his way, such as Faithful and Hopeful, but before they attain their goal they encounter the Giant Despair and the River of Death itself. Translated into more than one hundred languages, The Pilgrim's Progress continues to have an immeasurable influence on English literature.

John Bunyan was born in 1628 in Elstow, England. He was a Baptist preacher and writer, creating about sixty books and tracts including The Pilgrim's Progress, The Holy War, and Grace Abounding. He died in 1688.