A Farewell to Ice: A Report from the Arctic (Paperback) 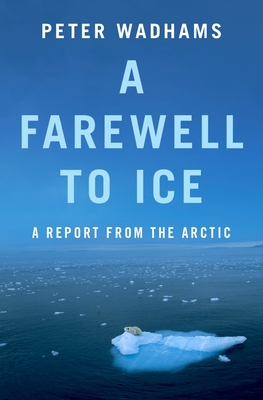 Based on five decades of research and observation, a haunting and unsparing look at the melting ice caps, and what their disappearance will mean. Peter Wadhams has been studying ice first-hand since 1970, completing 50 trips to the world's poles and observing for himself the changes over the course of nearly five decades. His conclusions are stark: the ice caps are melting. Following the hottest summer on record, sea ice in September 2016 was
the thinnest in recorded history. There is now the probability that within a few years the North Pole will be ice-free for the first time in 10,000 years, entering what some call the Artic death spiral. As sea ice, as well as land ice on Greenland and Antarctica, continues to melt, the rise in sea
levels will devastate coastal communities across the world. The collapse of summer ice in the Artic will release large amounts of methane currently trapped by offshore permafrost. Methane has twenty-three times greater greenhouse warming effect per molecule than CO2; an ice-free arctic summer will
therefore have an albedo effect nearly equivalent to that of the last thirty years. A sobering but urgent and engaging book, A Farewell to Ice shows us ice's role on our planet, its history, and the true dimensions of the current global crisis, offering readers concrete advice about what they can do, and what must be done.

Peter Wadhams is Professor of Ocean Physics and Head of the Polar Ocean Physics Group in the Department of Applied Mathematics and Theoretical Physics at Cambridge University. He has completed over fifty research trips to the arctic.