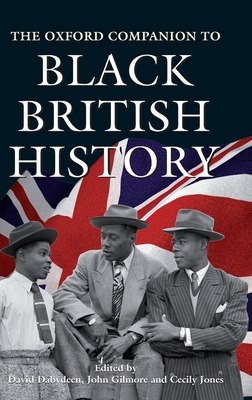 The Oxford Companion to Black British History is an essential reference for anyone who wants to understand the long and fascinating history of black people in Britain from classical times to the present day. It brings together a unique collection of articles that provide an overview of the black presence in Britain, and the rich and diverse contribution made to British society. The A-Z guide includes entries for landmark figures, key events, concepts (such as Emancipation and Reparations), and historical accounts. Subject areas include medicine, military history, art, music, sports, and education. Entries range from the African auxiliaries stationed on Hadrian's Wall in the second century A.D., through John Edmonstone, who taught taxidermy to Charles Darwin, Mary Seacole, the Black Florence Nightingale, and Walter Tull, a professional soccer player and First World War officer. The guide will be of tremendous interest to those involved in commenting on subjects relating to the Black British community, or anyone interested in finding out about the history of expatriated Africans outside the Americas. Features: - First ever reference book to explore the fullhistory of black people in Britain - Detailed timeline charts key dates for people and events from the 2nd century AD to the 21st century - Edited by David Dabydeen, prize-winning novelist and respected academic, together with John Gilmore and Cecily Jones - Over 400 entries written by more than 100 specialists under the direction of Professor Dabydeen, his colleagues, and a distinguished team of advisers