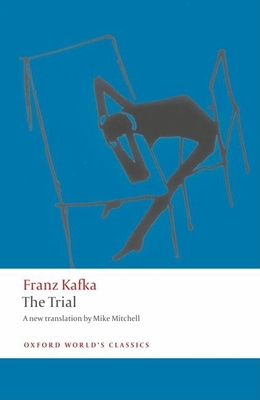 One of the great works of the twentieth century, Kafka's The Trial has been read as a study of political power, a pessimistic religious parable, or a crime novel where the accused man is himself the problem. In it, a man wakes up one morning to find himself under arrest for an offence which is
never explained. Faced with this ambiguous but threatening situation, Josef K. gradually succumbs to its psychological pressure. One of the iconic figures of modern world literature, Kafka writes about universal problems of guilt, responsibility, and freedom. He offers no solutions, but provokes his
readers to arrive at meanings of their own. Mike Mitchell's translation captures Kafka's distinctive style. Based on the best available German text, it includes not only the main text but the chapters Kafka left incomplete. In his Introduction, Ritchie Robertson considers the many puzzles in the
novel and the different interpretations to which the novel has been subjected. The book also includes a Biographical Preface, an up-to-date bibliography, and a chronology of Kafka's life. About the Series: For over 100 years Oxford World's Classics has made available the broadest spectrum of literature from around the globe. Each affordable volume reflects Oxford's commitment to scholarship, providing the most accurate text plus a wealth of other valuable features, including expert
introductions by leading authorities, voluminous notes to clarify the text, up-to-date bibliographies for further study, and much more.

Mike Mitchell taught at the universities of Reading and Stirling before becoming a full-time translator. Ritchie Robertson is Fellow and Tutor in German at St. John's College, Oxford.