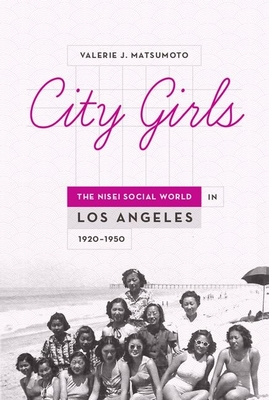 Even before wartime incarceration, Japanese Americans largely lived in separate cultural communities from their West Coast neighbors. Although the Nisei children, the American-born second generation, were U.S. citizens and were integrated in public schools, they were socially isolated in many ways from their peers. These young women found rapport in ethnocultural youth organizations, a forgotten world of female friendship and camaraderie that Valerie J. Matsumoto recovers in this book. Through extensive networks of social clubs, young Japanese American women competed in sports, socialized with young men, and forged enduring friendships. During the 1920s and 1930s, Nisei girls' organizations flourished in Los Angeles, then home to the largest Japanese American population. In clubs with names such as the Junior Misses and Tartanettes, girls gained leadership training, took part in community service, found jobs, and enjoyed beach outings and parties. Often sponsored by the YWCA, Buddhist temples, and Christian churches, these groups served as a bulwark against racial discrimination, offering a welcoming space that helped young women navigate between parental expectations and the lure of popular culture. Indeed, their dances, meetings, and athletic events filled the social calendars in the ethnic press. As cultural mediators and ethnic representatives, these urban teenagers bridged the cultures of the Japanese American community and mainstream society, whether introducing new foods, holidays, and rituals into the home or dancing in kimono at civic events. Some expressed themselves as poets, writers, and journalists and took leading roles in the development of a Nisei literary network. Women's organizing skills and work would prove critical to the support of their families during World War II incarceration and community rebuilding in the difficult years of resettlement. By bringing to life a dynamic and long-lasting world of friendship circles and clubs, City Girls highlights the ways in which urban Nisei daughters claimed modern femininity, an American identity, and public space from the Jazz Age through the postwar era.

Valerie J. Matsumoto is Professor of History and Asian American Studies at the University of California, Los Angeles. She is the author of Farming the Home Place: A Japanese American Community in California, 1919-1982 and a co-editor of Over the Edge: Remapping the American West.