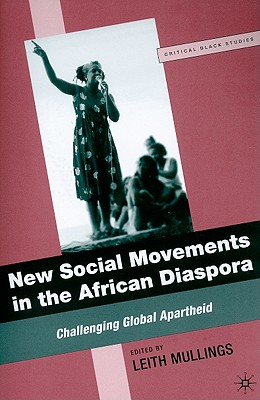 In the last few decades, the people of the African diaspora have intensified their struggles against racial discrimination and for equality. Here is an account of these social movements in Latin America, the Indian Ocean World, Europe, Canada and the United States, that includes analyses of land claims, environmental justice efforts, union organizing, electoral participation and hip hop as social critique. Contributors include Carolyn Fluehr-Lobban, Manning Marable, Premilla Nadasen, George Priestley, Mark Sawyer, and Julia Sudbury.

MANNING MARABLE is Professor of History and Political Science and Director, Institute for Research in African American Studies at Columbia University, USA. LEITH MULLINGS is Distinguished Professor of Anthropology at the Graduate Center, City University of New York. She is also the president of the American Anthropology Association, USA.

“Black struggles against racial despotism and super-exploitation remain at the core of contemporary democratic movements all around the world. New Social Movements in the African Diaspora reveals the breadth and depth of global Black mobilization, shedding light on many anti-racist movements still largely unknown in the US. Leith Mullings show that 21st-century Black challenges to neoliberalism and structural racism not only continue, but that they build upon the legacies of the pan-Africanist, anti-imperialist, civil rights, and anti-apartheid movements of past generations. Highly recommended for course adoption in ethnic studies, sociology, American Studies, and global studies!”--Howard Winant, Center for New Racial Studies, University of California, Santa Barbara

“Much is made nowadays about the importance of Diaspora Studies in general and African Diaspora Studies in particular.  Yet, few have taken the time to scrutinize carefully this important phenomenon.  With the publication of this exceedingly important and endlessly fascinating book, we now have the most informative and influential work in African Diaspora Studies that has been published since W.E.B. Du Bois first began exploring this profoundly essential realm.   Bringing together in one volume leading scholars who are pursuing cutting edge scholarship, this book is must reading, not only for those concerned with matters relating to Africans and Africa but, as well, to all those concerned with justice and equality.”--Gerald Horne, author of Mau Mau in Harlem? The U.S. and the Liberation of Kenya

“This volume is one of the most comprehensive and timely engagements with the current dilemma posed by neo-liberal globalization for the African Diaspora.  It details responses, organized in new forms of social mobilization by African descended people, to intensified forms of racial material, institutional, and symbolic violence embedded in global capitalism (including, for example, through the new realities of environmental racism).  In the final analysis, social movements in the African Diaspora are demonstrated to be the material manifestations of a cultural politics and critical practice (such as hip hop for example) employing, ironically, new possibilities for resistance offered up by neo-liberalism itself.  All the contributions are rooted firmly in historical, national, and local contexts and their entanglement with global processes.  They deal, comprehensively, with the continuing global quest by movements organized by African descended people for recognition, representation, justice, and rights.  The volume breaks out of the confines of the “Black Atlantic” by dealing comprehensively with populations silenced, dismissed, and denied in the hybridized discourses of racial democracy in mestizo Latin-America, in the eviscerations of India’s nationalism, and through black expulsions in the Indian ocean.  Many of the contributions deal directly with responses to racism’s relationship to the apparatus and technologies of the state and to the inscription of race in international relations.  Forms of global circulation produce both reaffirmations of racial violence and possibilities for resistance.  The volume manages brilliantly to reconstitute and reconceptualize black social movements as forms of political empowerment of a global culture in which blackness is inscribed, notwithstanding their local and national manifestations.”--Percy C. Hintzen, Professor of African American Studies and Director of the Center for African Studies, University of California, Berkeley and author of West Indian in the West

“Taking us from Havana to Harlem across the Indian Ocean and back to the West indies this remarkable collection of essays foregrounds the politics and self-activity of peoples of African descent around the world. It represents a major contribution to African diaspora studies and challenges us to substantially reorient our understanding of globalization by placing questions of racial dispossession and struggles against it at the center.”-Nikhil Pal Singh, author of Black is a Country: Race and the Unfinished Struggle for Democracy

“Mullings brings together essays on social movements over a welcome geographical range, including Ecuador, Panama, Bolivia, the Indian Ocean islands of Diego Garcia, India, and the Nile Valley, as well as the U.S., Brazil, and countries in Europe. For many of the little-known movements here, the U.S. civil rights movement served or serves as inspiration. Movements studied include youth and women’s groups, and these coalitions have organized to fight for objectives such as constitutional reform, justice in prison systems, environmental justice, and the end of racial profiling. Highly recommended.”—CHOICE