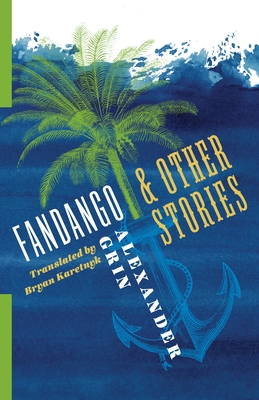 In a bucolic idyll, a terrorist agonizes over the act of violence he is about to commit. On a remote island in the South Pacific, the investigation of a case of mass suicide reveals further mysteries. In a far-flung colony, a cynical trio sends an unwitting man into the wilderness in search of a chimera. Mixing romance and high adventure, intrigue and the fantastic, these magnificent tales by one of Russia's most enduringly popular writers deftly probe the depths of human nature and desire. Fandango and Other Stories presents a selection of essential short fiction by Alexander Grin, Russia's counterpart to Robert Louis Stevenson, Edgar Allan Poe, and Alexandre Dumas. By turns a sailor, a dockworker, a vagrant, a gold prospector, a lumberjack, a soldier, a deserter, an agitator, an exile, a prisoner, and a runaway, Grin wrote seven novels and over three hundred short stories that transport the reader to a realm of pure art and imagination. His ingenious plots explore conflicts of the individual and society in a romantic world populated by a cast of eccentric, cosmopolitan characters. Fandango and Other Stories includes works drawn from across the entirety of Grin's varied career to encompass the range and sophistication of his writing. Bryan Karetnyk's elegant translations bring Grin's distinctive voice to a new generation of readers.