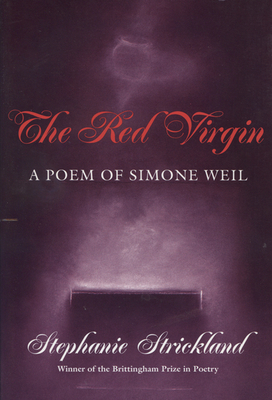 Classmate of Simone de Beauvoir, acquaintance of Trotsky, Spanish Civil War revolutionary, fighter in de Gaulle’s French Resistance,  Simone Weil (1909–1943) has also been called the greatest woman philosopher in the Western tradition.
In this fiftieth anniversary year of her death, Simone Weil’s life still raises questions. Early in this century three brilliant contemporaries in Paris—Weil, de Beauvoir, and Gertrude Stein—reinvented the female intellect.  Of the three, only Weil chose to base her thought on the trauma that war, rape, slavery, and bias inflict.
Weil was never deceived by the glamor of power, committing herself to resisting force in whatever guise.  More prophet than saint, more wise woman than either, she bore a particular perception of the body, throwing hers against the same issues women battle today: hunger, violence, exclusion, betrayal of the body, inability to be heard, and self hate.  Simone Weil belongs to a world culture, still to be formed, where the voices of multiple classes, castes, races, genders, ethnicities, nationalities, and religions can be respected.

Stephanie Strickland is the author of a volume of poetry entitled Give the Body Back and has published poetry in The Paris Review, The Kenyon Review, The Iowa Review, Ploughshares, Ironwood, and Prairie Schooner, as well as other journals.  She has won several poetry prizes and writing fellowships, which allow her to continue her work on the impact of scientific and mathematical language on bodies, especially women’s bodies and the earth itself.  She is a librarian at Sarah Lawrence College

“Stephanie Strickland’s book-length sequence gives us a vivid and fascinating portrait of a woman whose short life, as well as writings, represented a tremendous moral force for the post-World War II generation and remain relevant for us.  She comes through as a brilliant, erratic ascetic, utterly uncompromising and always at odds with the world—a burning, difficult saint, if saints were still in fashion.  Strickland’s kaleidoscopic approach allows her to enlarge biography to touch on questions of faith and justice, which were life and death questions for Simone Weil.  This is a memorable, extraordinary book.”—Lisel Mueller, Brittingham Prize Citation


“Like a lamp carried up a lane at night, The Red Virgin carves a sure path to the life and work of Simone Weil, bringing us into intimate contact with one of the great unavailing religious and social thinkers of our century.  It is a splendid book of illuminations.”—Edward Hirsch, author of The Night Parade


“. . . such a powerful and engaging effort: Weil comes alive again to the reader, in all her feisty, haunting singularity.  A wonderful evocation!”—Robert Coles, author of Simone Weil: A Modern Pilgrimage


“This book of poems, dazzling in their brilliance, presents Simone Weil in the fullness of her life as a woman, as a political protestor, as a spirit responding with intelligence and honesty to the pain, the inhumanity, the dishonesty of life in the twentieth century.  Strickland explores Weil as the daughter of a Jewish family dedicated to honoring genius, as a radical resisting Germany’s invasion of France and France’s exploitation of colonized people, as a soul searching for love and refusing compromise, as a soul searching for God and refusing compromise.  And Strickland does all this in poems haunting for their beauty.  This is a book feminists have long waited for.”—Carroll Smith–Rosenberg, University of Pennsylvania