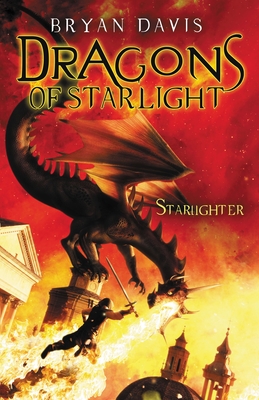 This is book number 1 in the Dragons of Starlight series.

For years, tales of

from another world kidnapping and enslaving humans have been circulating in Jason Masters' world, while for a slave girl named Koren, the stories of a human world seem pure myth. Together, these two teens will need to bridge two planets in order to overthrow the draconic threat and bring the lost slaves home.

What if the Legends Are True?

Jason Masters doubted the myths that told of people taken through a portal to another realm and enslaved by dragons. But when he receives a cryptic message from his missing brother, he must uncover the truth and find the portal before it's too late. At the same time, Koren, a slave in the dragons' realm, discovers she has a gift that could either save or help doom her people. As Jason and Koren work to rescue the enslaved humans, a mystic prophecy surrounding a black egg may make all their efforts futile.