Light at Dusk: A Novel (Paperback) 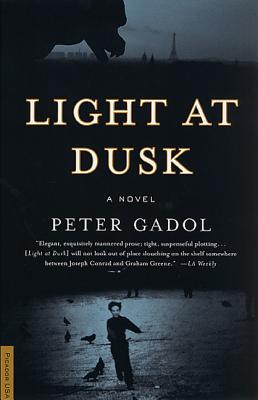 Will Law, a rising star in the U.S. Foreign Service, mysteriously walks away from his post and, in Paris, falls into the arms of his onetime lover Pedro. When the child of a mutual friend is kidnapped by a Nationalist gang, Will is reluctantly drawn back to the diplomatic world he abandoned. Fighting against a rising tide of French anti-immigrant hatred, the Americans launch a deperate search across the city. In the process, Will must challenge the moral burdens of his past, and in an attempt to rescue the child, he must also find a way to redeem himself.

Peter Gadol's novel Light at Dusk "...will not look out of place ...on the shelf somewhere between Joseph Conrad and Graham Greene."--Ben Ehrenreich, L.A. Weekly

Peter Gadol is the author of The Long Rain, Closer To The Sun, The Mystery Roast (Picador), and Coyote. He lives in Los Angeles, California.

“Gadol brings you into his story quickly. His prose is lyrical but beautifully spare.” —Richard Wallace, Seattle Times