The Volcano Lover: A Romance (Paperback) 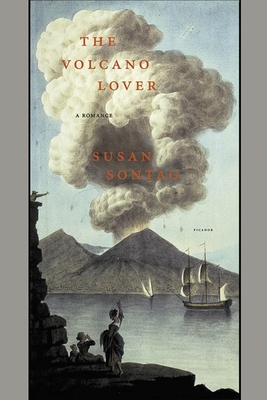 Set in 18th century Naples, based on the lives of Sir William Hamilton, his celebrated wife Emma, and Lord Nelson, and peopled with many of the great figures of the day, this unconventional, bestselling historical romance from the National Book Award-winning author of In America touches on themes of sex and revolution, the fate of nature, art and the collector's obsessions, and, above all, love.

Susan Sontag was the author of four novels, including The Benefactor, Death Kit, The Volcano Lover, and In America, which won the 2000 National Book Award for fiction; a collection of stories, I, etcetera; several plays, including Alice in Bed; and nine works of essays, among then On Photography, which won the National Books Critics Circle Award for criticism. In 2001, Sontag was awarded the Jerusalem Prize for the body of her work. She died in New York City in 2004.

“A passionate and often radical novel of ideas that affords all the old-fashioned pleasures of a traditional historical novel.” —The New York Times

“A great novel. It repeatedly scales heights of complex thought, passion, and expression that few American writers ever approach, while reimagining a majestic love story in dazzling style.” —Philadelphia Inquirer

“A panoramic, passionately feminist examination of the changing shape of Western civilization since the Age of Enlightenment. Sontag's book is a sweeping, exquisitely detailed picture of Europe in the final decades of the eighteenth century.” —Chicago Sun-Times

“A novel Susan Sontag was destined to write, a shift from the moral intelligence of the essayist to the intelligent heart of the novelist. To her admirers, the novel will only confirm her originality, and perhaps win over a whole new set of readers. For The Volcano Lover is not just a thinking woman's (or man's) historical romance but a sly, luminously insightful, provocative novel.” —The Nation

“An historical tour de force. This tale of eighteenth-century romance and revolution is certain to charm readers who enjoy the postmodern potboilers of Umberto Eco and A. S. Byatt.” —Kirkus Review