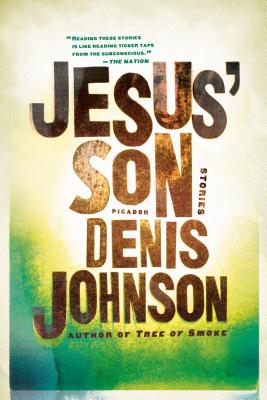 Denis Johnson's now classic story collection Jesus' Son chronicles a wild netherworld of addicts and lost souls, a violent and disordered landscape that encompasses every extreme of American culture. These are stories of transcendence and spiraling grief, of hallucinations and glories, of getting lost and found and lost again. The insights and careening energy in Jesus' Son have earned the book a place of its own among the classics of twentieth-century American literature. It was adapted into a critically-praised film in 1999.

“Reading these stories is like reading ticker tape from the subconscious.” —The Nation

“Intense, vicious, and beautiful, these stories are fraught with a cutting wit purposefully juxtaposed against the too-big sentimentality of a drunk. Denis Johnson is an exquisite writer.” —Mary Gaitskill

“Ferocious intensity. . . . No American novelist since William Burroughs has so flagrantly risked 'insensitivity' in an effort to depict the pathology of addiction.” —The New York Times Book Review