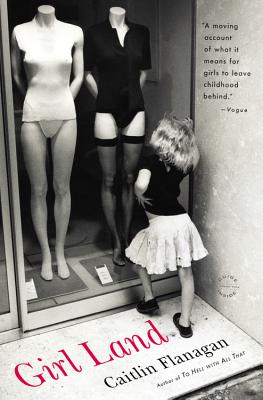 The physical, emotional, and social milestones of every girl's life: what we've lost and gained in the 21st century.

The physical, emotional, and social milestones of every girl's life: what we've lost and gained in the 21st century.

Caitlin Flanagan's essays about marriage, sex, and families have sparked national debates. Now she turns her attention to girls: the biological and cultural milestones for girls today, and how they shape a girl's sense of herself.

The transition from girl to woman is an experience that has changed radically over the generations: everything from how a girl learns about her period to how she expects to be treated by boys and men. Girls today observe these passages very differently, and yet the landmarks themselves have remained remarkably constant-proof, Flanagan believes, of their significance. In a world where protections of girls' privacy and personal freedom seem to disappear every day, the ultimate challenge modern parents face is finding a way to defend both.

Caitlin Flanagan is a former high school teacher who became a writer; she has been on staff at theAtlantic, the New Yorker, and theWall Street Journal. A winner of the National Magazine Award, she has also written for Time, O, The Oprah Magazine, the New York Times, and the Los Angeles Times. Her work has been widely anthologized in, among other publications, The Best American Essays and The Best American Magazine Writing series. She lives in Los Angeles with her husband and two sons.