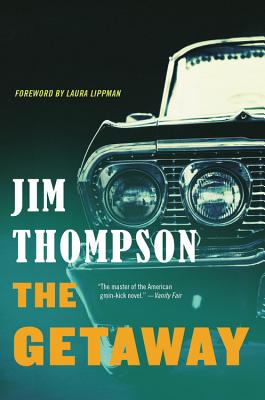 As much a brutally honest portrayal of a relationship on the rocks as a crime novel. The ingenious conceit of a couple on the run, going to more and more extreme lengths to remain reunited and free when in reality they may just need to escape each other, showcases exactly what made Jim Thompson such a legend.

Doc McCoy is the most skilled criminal alive. But when for the first time in Doc's long criminal career, his shot doesn't hit the mark, everything begins to fall apart. And Doc begins to realize that the perfect bank robbery isn't complete without the perfect getaway to back it up.

THE GETAWAY is the classic story of a bank robbery gone horribly wrong, where the smallest mistakes have catastrophic consequences, and shifting loyalties lead to betrayals and chaos. The basis for the classic Steve McQueen film of the same name, as well as a 1994 remake with Alec Baldwin, Thompson's novel set the bar for every heist story that followed--but as Thompson's proved time and again, nobody's ever done it better than the master.

Jim Thompson was born in Anadarko, Oklahoma. He began writing fiction at a very young age, selling his first story to True Detectivewhen he was only fourteen. Thompson eventually wrote twenty-nine novels, all but three of which were published as paperback originals. Thompson also co-wrote two screenplays (for the Stanley Kubrick films The Killing and Paths of Glory). Several of his novels have been filmed by American and French directors, resulting in classic noir including The Killer Inside Me (1952), After Dark My Sweet(1955), and The Grifters (1963).