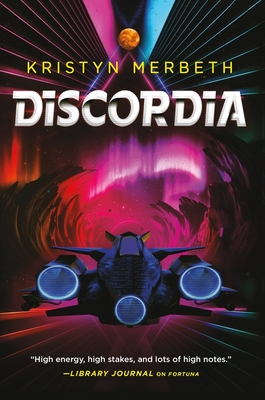 This is book number 3 in the The Nova Vita Protocol series.

In this explosive final book of the action-packed Nova Vita Protocol trilogy, The Kaisers are on the run from the planetary leaders who seek to bury the knowledge of the alien artifacts that could save the star system—or destroy it.

Scorpia is finally back among the stars, far away from the memories of the war she and her family started—and ended—on Nibiru. Her first order as captain of the Memoria is to keep her crew safe, and she is all too happy not to get involved in dangerous political games for once.

Corvus is haunted by what he experienced at the hands of the Titan attack, and he's just as eager for a new beginning. He knows that not all Titans are built for war, and that the system can find peace, even as Deva and Pax begin to rattle their sabers.

Though the Kaisers may be responsible for diverting a multi-planet war, the planetary leaders are wary of the knowledge they hold. Better to lock them up and keep their dark secrets hidden. But the Kaisers are the only ones who know the truth about the threat of the ancient world-ending alien weapons rooted in each planet—and they may be the only ones who can save the system from total annihilation.

"Merbeth is a voice to watch in space opera!" —K. B. Wagers

Kristyn Merbeth is obsessed with SFF, food, video games, and her dog and resides in Tucson, Arizona.

"Vivid commentary on surviving war, family dynamics, and the cost of freedom … Merbeth’s engrossing final book of the trilogy is filled with disaster, family moments, and high-stakes action.—Library Journal

"This satisfying sequel has more of what made Fortuna (2019) such an excellent read: emotional weight, thrilling action, empathetic characters, and a complex plot that raises the stakes both for the five-planet system and the Kaiser family."—Booklist on Memoria

"Kristyn Merbeth has created a desperate, gritty world in her newest book Fortuna, an epic space opera about the lengths a family will go to survive not only each other, but a world out to kill them . . . . Merbeth is a voice to watch in space opera!"—K. B. Wagers, author of There Before the Chaos, on Fortuna

"The narrative is powered by a cast of deeply developed characters. Scorpia, in particular, is impressively multidimensional . . . . The nonstop action and varying levels of tension make this an unarguable page-turner."—Kirkus on Fortuna

"Merbeth's multiple narrators and plotlines converge beautifully into a suspenseful tale of family. The characters are distinct and grounded, and each interaction is filled with purpose and emotion that brings all of them, regardless of differences, into the fray together. SF fans who have been waiting for a crime family spin on space opera will find nothing but joy in this whirlwind story."—Publishers Weekly on Fortuna

"Merbeth's world building is fascinating-five human-settled planets, each distinct and littered with alien technology-but her multifaceted characters and their troubled relationships give this action-packed family drama its heart. A good readalike for Lois McMaster Bujold's Miles Vorkosigan books, John Scalzi's Collapsing Empire (2017), and for those who want a grittier version of Becky Chambers' Wayfarers series."—Booklist on Fortuna

"This is an engaging start to a series that blends crime family drama with the sort of character-focused sci-fi that made Becky Chambers' Wayfarers series an award-winning favorite."—B&N Reads on Fortuna

"It's everything you could ask for in a space opera."—The Arcanist on Fortuna