Telling Our Way to the Sea: A Voyage of Discovery in the Sea of Cortez (Hardcover) 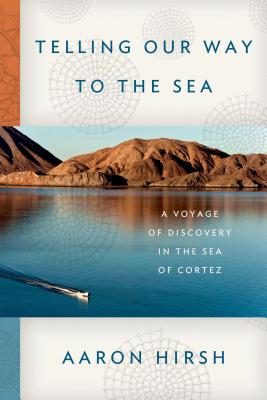 By Aaron Hirsh
$28.00
Possibly out of print. Email or call to check availability and price.


By turns epic and intimate, Telling Our Way to the Sea is both a staggering revelation of unraveling ecosystems and a profound meditation on our changing relationships with nature—and with one another.

When the biologists Aaron Hirsh and Veronica Volny, along with their friend Graham Burnett, a historian of science, lead twelve college students to a remote fishing village on the Sea of Cortez, they come upon a bay of dazzling beauty and richness. But as the group pursues various threads of investigation—ecological and evolutionary studies of the sea, the desert, and their various species of animals and plants; the stories of local villagers; the journals of conquistadors and explorers—they recognize that the bay, spectacular and pristine though it seems, is but a ghost of what it once was. Life in the Sea of Cortez, they realize, has been reshaped by complex human ideas and decisions—the laws and economics of fishing, property, and water; the dreams of developers and the fantasies of tourists seeking the wild; even efforts to retrieve species from the brink of extinction—all of which have caused dramatic upheavals in the ecosystem. It is a painful realization, but the students discover a way forward.

After weathering a hurricane and encountering a rare whale in its wake, they come to see that the bay's best chance of recovery may in fact reside in our own human stories, which can weave a compelling memory of the place. Glimpsing the intricate and ever-shifting web of human connections with the Sea of Cortez, the students comprehend anew their own place in the natural world—suspended between past and future, teetering between abundance and loss. The redemption in their difficult realization is that as they find their places in a profoundly altered environment, they also recognize their roles in the path ahead, and ultimately come to see one another, and themselves, in a new light.

Aaron Hirsh is chair of the Vermilion Sea Institute. He is a research associate in the Department of Ecology and Evolutionary Biology at the University of Colorado-Boulder, and his essays have appeared in literary journals, The New York Times, and The Best American Science Writing. Hirsh cofounded the biotechnology company InterCell and serves on the board of Roberts and Company Publishers. He lives in Boulder, Colorado.

“Remarkable and profound . . . Hirsh's narrative of daily excursions blends seamlessly with wide-ranging and penetrating forays into biology, evolution, and the history of science . . . Hirsh writes with an illusion of effortlessness, in prose that is lyrical but never sentimental . . . Unforgettable.” —Tim Folger, OnEarth

“Aaron Hirsh is a molecular biologist, but he is also a storyteller . . . Even in the midst of his most demanding scientific passages, he never loses sight of the story . . . The book's diverse, interwoven accounts can be seen as pedagogic tools, the classroom sleight of hand of an experienced and inspiring teacher. But Mr. Hirsh also exploits the unique ability of stories to engage our emotions, intending that we leave his book not only with a greater understanding of the science but with a more visceral appreciation of the Sea of Cortez and of nature as a whole.” —Gerard Helferich, The Wall Street Journal

“I can't remember the last time I read a science book with such elegant writing, and Hirsh's travelogue has easygoing philosophical weight as well.” —Chloe Schama, The Smithsonian Magazine

“Wondrous . . . In prose that marries lush scientific details and poetic language (complete with transfixing descriptions of sea cucumber regeneration), Hirsh delivers an important work about the power of place and the power of stories--scientific, historical, and personal--to shape our understanding of the world.” —Publishers Weekly (starred review)

“Beautifully descriptive prose and accessible science combine to create a fascinating look at a seemingly abundant ecosystem . . . This work is a rich exploration of the Sea of Cortez and its surroundings for readers interested in the ecology, history, and current inhabitants of the area, as well as fans of lyrically written natural history books and/or of evolutionary biology.” —Library Journal

“A book as rich and intricate as the oceanic world it evokes, Telling Our Way to the Sea is hard to pigeonhole but easy to savor. Using the dramatic backdrop of the Sea of Cortez--fertile waters rimmed by brutal desert--Hirsh plumbs marine biology, evolutionary change, ecological memory, the history of science, and much more to explore the past and possible future of this fecund ecosystem. One of the most thoughtful books on nature, and our place in it, that I've read in years.” —Scott Weidensaul, author of Living on the Wind and The First Frontier

“Aaron Hirsh thinks like a scientist and writes like a poet. Telling Our Way to the Sea is a captivating, deeply illuminating exploration of the sumptuous natural world we have, and of its origins in the many worlds we've lost. A moving and important and utterly beguiling book.” —William Souder, author of On a Farther Shore: The Life and Legacy of Rachel Carson

“A person who is both a fine scientist and a brilliant writer is a rare phenomenon, but that describes Aaron Hirsh. In the first few pages of Telling Our Way to the Sea, you learn about the fascinating responses of Isostichopus fuscus to predators. After that, you won't be able to put the book down. A literary triumph.” —Paul R. Erlich, Bing Professor of Population Studies, Stanford University