A Soldier's Play: A Play (Paperback) 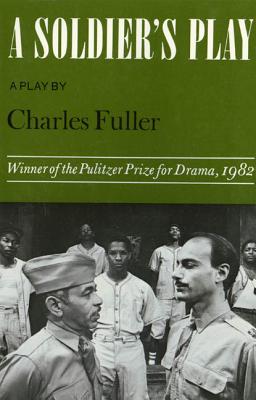 Winner of the Pulitzer Prize for Drama, 1982

A black sergeant cries out in the night, "They still hate you," then is shot twice and falls dead.

Set in 1944 at Fort Neal, a segregated army camp in Louisiana, Charles Fuller's forceful drama--which has been regularly seen in both its original stage and its later screen version starring Denzel Washington--tracks the investigation of this murder. But A Soldier's Play is more than a detective story: it is a tough, incisive exploration of racial tensions and ambiguities among blacks and between blacks and whites that gives no easy answers and assigns no simple blame.

Charles Fuller, the author of many award-winning dramas for stage and screen, teaches Afro-American studies at Temple University. He won the Pulitzer Prize for A Soldier's Play, as well as an Academy Award nomination for his screen adaptation, A Soldier's Story, starring Denzel Washington.

“A powerful drama...skillfully wrought...one of the most evenhanded, penetrating studies that we have yet seen.” —Edwin Wilson, The Wall Street Journal

“A relentless investigation into the complex, sometimes cryptic pathology of hate...A mature and accomplished work--from its inspired opening up of conventional theatrical form to its skillful portraiture of a dozen characters to its remarkable breadth of social and historical vision...Mr. Fuller's play tirelessly insists on embracing volatile contradictions because that is the way to arrive at the shattering truth.” —Frank Rich, The New York Times

“A complex and rewarding play [by] a playwright of great sensibility.” —Clive Barnes, New York Post

“A work of great resonance and integrity...” —Jack Kroll, Newsweek