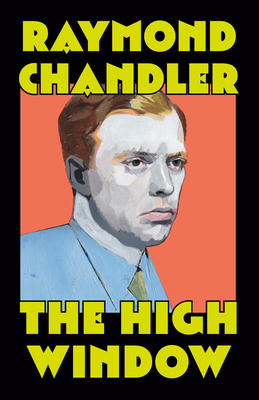 This is book number 3 in the A Philip Marlowe Novel series.

A wealthy Pasadena widow with a mean streak, a missing daughter-in-law with a past, and a gold coin worth a small fortune—the elements don't quite add up until Marlowe discovers evidence of murder, rape, blackmail, and the worst kind of human exploitation.

"Raymond Chandler is a star of the first magnitude."  Erle Stanley Gardner

"Raymond Chandler has given us a detective who is hard-boiled enough to be convincing . . . and that is no mean achievement." --The New York Times

Raymond Thornton Chandler (1888 - 1959) was the master practitioner of American hard-boiled crime fiction. Although he was born in Chicago, Chandler spent most of his boyhood and youth in England where he attended Dulwich College and later worked as a freelance journalist for The Westminster Gazette and The Spectator. During World War I, Chandler served in France with the First Division of the Canadian Expeditionary Force, transferring later to the Royal Flying Corps (R. A. F.). In 1919 he returned to the United States, settling in California, where he eventually became director of a number of independent oil companies. The Depression put an end to his career, and in 1933, at the age of forty-five, he turned to writing fiction, publishing his first stories in Black Mask. Chandler’s detective stories often starred the brash but honorable Philip Marlowe (introduced in 1939 in his first novel, The Big Sleep) and were noted for their literate presentation and dead-on critical eye. Never a prolific writer, Chandler published only one collection of stories and seven novels in his lifetime. Some of Chandler’s novels, like The Big Sleep, were made into classic movies which helped define the film noir style. In the last year of his life he was elected president of the Mystery Writers of America. He died in La Jolla, California on March 26, 1959.

"Raymond Chandler is a master." --The New York Times

“[Chandler] wrote as if pain hurt and life mattered.” --The New Yorker

“Nobody can write like Chandler on his home turf, not even Faulkner. . . . An original. . . . A great artist.” —The Boston Book Review

“Raymond Chandler was one of the finest prose writers of the twentieth century. . . . Age does not wither Chandler’s prose. . . . He wrote like an angel.” --Literary Review

“[T]he prose rises to heights of unselfconscious eloquence, and we realize with a jolt of excitement that we are in the presence of not a mere action tale teller, but a stylist, a writer with a vision.” --Joyce Carol Oates, The New York Review of Books

“Chandler wrote like a slumming angel and invested the sun-blinded streets of Los Angeles with a romantic presence.” —Ross Macdonald

“Raymond Chandler is a star of the first magnitude.” --Erle Stanley Gardner

“Raymond Chandler invented a new way of talking about America, and America has never looked the same to us since.” --Paul Auster

“[Chandler]’s the perfect novelist for our times. He takes us into a different world, a world that’s like ours, but isn’t. ” --Carolyn See