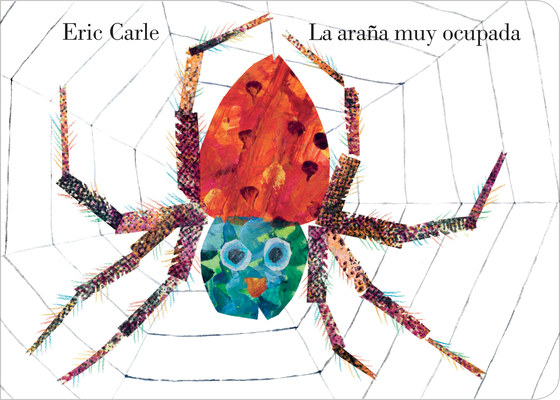 What better way to celebrate Eric Carle's The Very Busy Spider's 20th year in publication than to issue a Spanish-language version?  This colorful, touch-and-feel story of an industrious spider is an Eric Carle classic and now Spanish-speaking children can add it to their bookshelf of childhood's most cherished books.  It's also a great tool for teaching beginning Spanish to children.

A perfect companion to The Very Hungry Caterpillar (La Oruga Muy Hambrienta), this loveable, hard-working spider will spin her way into  your heart, no matter what language you speak.