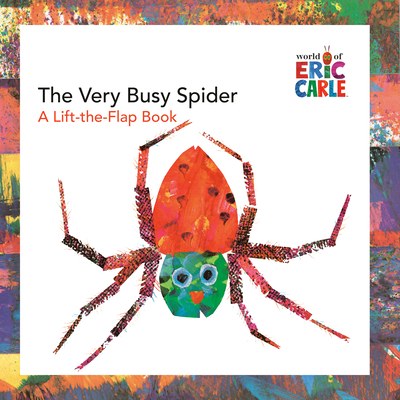 Now one of Eric Carle's most popular books is a lift-the-flap book! The horse wants to go for a ride, the cow wants to eat some grass, and the sheep wants to run in the meadow—but where is the very busy spider? You'll have to lift the flap to find out!

Praise for The Very Busy Spider:

* "A beautifully executed work for the very young that satisfies the needs of both visually handicapped and sighted children without losing its artistic integrity."--The Horn Book, starred review

* "Both sighted and blind children will follow the action with ease . . . Visually and verbally, this is a winner."--Booklist, starred review