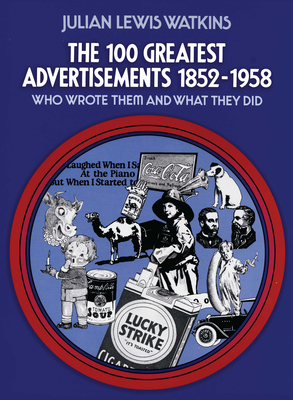 Styles in advertising will change, but there is no copywriter, artist, or campaign planner who will not profit by studying proved successes, whether of 50 years ago or today. In this single volume are 100 of what are probably among the most successful advertisements ever to appear in print, plus an additiional 13 added especially for this edition.
These 113 ads are proven salesmen―almost every one had phenomenal results. They have not been included because of personal whim, or for their beauty. The ultimate criterion here is the only one that really counts: whether an ad did what it was supposed to do. These ads helped change the habits of a nation, built reputations, gave new expressions to the language and―first and foremost―sold millions of dollars of merchandise, from Rolls Royce automobiles to Lux Soap, from Riviera Pears to Steinway Pianos.
You learn the salient facts behind these ads as well, often expressed in the words of the originator himself. Men who understood intuitively the workings of mass persuasion techniques long before they became widespread describe their own thoughts, reasonings, and hunches. Earnest Elmo Calkins tells about his experiences in creating Phoebe Snow for the Lackawanna Railroad. Bruce Barton tells about his work on the Five Foot Shelf ad, which increased eight-fold the number of coupons received. David Ogilvy describes his campaigns for Hathaway Shirts and Rolls Royce. Raymond Rubicam tells of Squibb's Priceless Ingredient. More than 100 ads tell better than any textbook or professional analysis exactly what is the secret ingredient that makes an ad click when a thousand others fail.