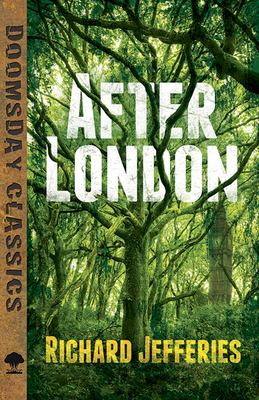 Remarkable in its early take on the apocalypse. -- examiner.com
A catastrophe has descended upon England. London is now a pestilent swamp, dotted with the ghostly remains of ancient buildings. A giant lake dominates the center of the country, towns have collapsed and given way to forests, and the few scattered survivors have descended into barbarism. Amid the ruins of civilization and a countryside ravaged by warring tribes, a lone hero undertakes a quest to prove himself worthy of his beloved.
Characterized by the Observer as the most beautiful of Victorian novels, this 1885 tale pioneered the post-apocalyptic genre of science fiction. Author Richard Jefferies was a noted naturalist, and his scientific expertise informs the evocative descriptions of birds, plants, and animals. An avid lover of wilderness, Jeffries devised a fantasy that places humanity in a state closer to nature. After London influenced William Morris, J. R .R. Tolkien, and countless other writers, and it remains a haunting tale of environmental collapse and dynamic adventure.

Richard Jefferies (1848-87) is best known for his prolific and sensitive writing on natural history, rural life, and agriculture in late-Victorian England. After London inspired William Morris's News from Nowhere, as well as writers from John Fowles to J. R. R. Tolkien.