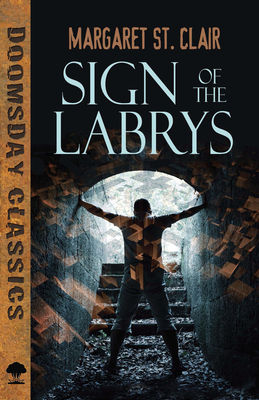 Like others who withstood the pandemic, Sam Sewell lives in a subterranean shelter. The vast catacombs were built before the military's biological weapon leaked out, killing nine out of ten people and leaving the survivors so traumatized that they can barely tolerate each other's company. So it's quite peculiar that some government agents seem to think that Sam lives with a woman, Despoina, who's suspected of conducting germ warfare. Pressured by the agents to locate Despoina, Sam must literally go underground to discover the truth about a hidden world of witchcraft and secret rituals.
This Wiccan-themed science fiction novel was cited by Gary Gygax as an inspiration for Dungeons & Dragons. Enthusiasts of the role-playing game will recognize the forerunner of Castle Greyhawk and its labyrinthine setting of multiple levels connected by secret passages. Other readers will savor the fantasy on its own terms, as the poetic recounting of an otherworldly mystery.

American science fiction author Margaret St. Clair (1911-95) wrote more than 100 short stories as well as nine novels. Many of her stories appeared in such pulp magazines as Fantastic Adventures and Startling Stories, some under her own name and some under the pseudonyms Idris Seabright and Wilton Hazard.