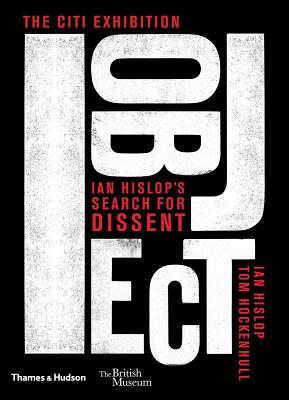 By Ian Hislop, Thomas Hockenhull
$34.95
Possibly out of print. Email or call to check availability and price.

This inspiring volume assembles a remarkable global collection of 180 objects that showcase the human instinct to challenge authority.

Across millennia, dissent has been an essential ingredient in the development of human civilization, acting as a driving force behind social and political change. In I object, satirist Ian Hislop, along with co-writer Tom Hockenhull, gathers together some 180 objects that people have created, adapted, and used to mock and attack the status quo in societies as varied as eleventh-century bc Egypt, sixteenth-century England, and late twentieth-century Afghanistan. The objects—ranging from explicit symbols of dissidence such as badges, posters, prints, and ceramics, to items that contain hidden messages, such as wooden doors from Nigeria, a cotton kanga from Kenya, or a postage stamp from China—illuminate lost or forgotten moments in history, and give voice to those who have no other way to express their views safely.

The book is organized into three sections: the first looks at overt challenges to authority, from defaced coins to visual satire; the second explores how subversive messages, codes, and metaphors can be concealed in, for example, clothing and jewelry; the third investigates the role of the artist as activist.

I object is a celebration of the wit and ingenuity of those who have questioned the establishment, told through the objects they left behind.

Ian Hislop is the editor of Private Eye and a well-known broadcaster and writer.