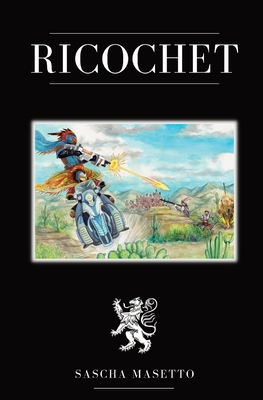 Inspired by Mark Twain's A Connecticut Yankee in King Arthur's Court, Ricochet tells the story of Diane, a physicist from the far-future, who decides to travel back to the late seventeenth century to curb colonialism and modernize the world early. She makes a pitstop in the year 2019 and accidentally brings along Jos , a surly teenager, who becomes enraged when he discovers their trip was not a practical joke. He swears to enact revenge upon Diane while the Machiavellian scientist focuses on creating the world she believes to be righteous.

The two carve their way into history, often violently and without regard for aftereffects. Diane marches ahead towards an idealistic dream, while Jos stumbles around, hoping to find a way back.