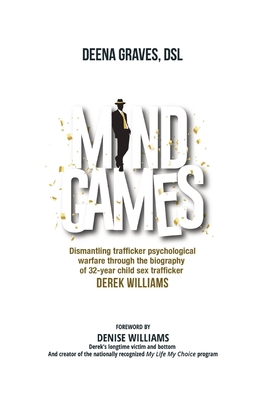 Derek Williams didn't want to be a career pimp when he grew up. He dreamed of becoming an attorney. He did eventually stand in front of a judge but not as a lawyer. Abuse, neglect, and other trauma led him to the streets in search of a father figure. Instead, he found a three-bag-a-day heroin addiction.

When he'd go with his friends to the prostitution track to rob sex buyers to support his habit, he noticed the only ones getting arrested were the girls. That hatched a plan to protect himself from jail time while still making enough money to buy dope. At 16, he talked his 14-year-old girlfriend into letting him sell her, embarking on a 32-year career, trafficking more than 150 victims in all 50 states, Canada, and Europe.

Derek takes us deep inside the mind of a trafficker, pulling back the veil on the psychological warfare they wage against our children. Each chapter intertwines Derek's story with evidence-based research, practical tools, and personal insights to not only prevent children from becoming the victim of someone like he was but to keep them from becoming who he was.