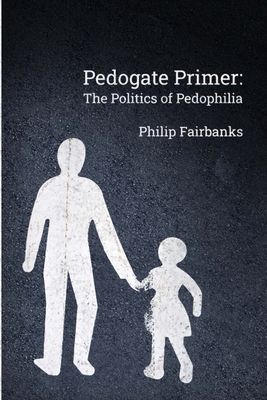 Before Epstein was the Franklin Cover-Up, before that the Finders and long before that the Cleveland Street Scandal. Pedogate Primer is a concise intro and overview of a growing child abuse epidemic worldwide. It features shocking instances of institutional and organizational pedophilia throughout history. Churches, cults, the world of arts and entertainment, the government, NGOs, charities and major corporations are complicit or culprit in many instances. Pedogate Primer delves into material that for many may seem like the stuff of conspiracy theory. For this reason the book draws on academic sources, declassified documents and other reliable sources and steers clear of conjecture. Such shocking, true stories need no embellishment. Philip Fairbanks is a writer with 20 years publishing experience covering entertainment media and news reporting. His work has appeared in the peer-reviewed journal of art Afterimage, CUNY's graduate newspaper The Advocate, UK's Morning Star newspaper, Australia's New Dawn magazine, Ghettoblaster magazine, New Noise magazine, Paranoia magazine, The Goldwater and several other print and online publications. He has spent years researching and covering online child grooming, the Jeffrey Epstein case, MK-Ultra, the Finders cult and several other topics that are discussed in the Pedogate Primer.