The Girl Who was to Be Queen (Hardcover) 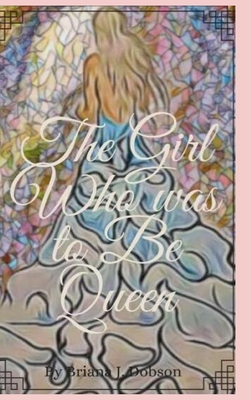 Gabrial, an angel created by an ancient angel, (a mistake since creation), is cast down after disappointing him in a duel with her sister, Esmeralda. It is then that her journey begins when she encounters a lonely lion and the two of them become best friends. Events take place that separates the two of them and Gabrial grows lost in a world that doesn't appear to be much better than the one she fell from, especially when she becomes a servant to Prince Damien, who is obsessed with angels and is convinced that she is one.

The prince attempts to force her into a marriage with him, which fails once his long-lost brother, Prince Emmanuelle, returns, and his wedding gets postponed till after a ball that will be held in the lost prince's homecoming. Not too long after the prince's return, he begins to fall for the angel, unaware of his brother's engagement and so does Gabrial. But as the two of them try to draw closer, the further away they seem to become from one another, and expressing things becomes harder as the ball approaches, misconceptions are made and secrets become hard to hide for the young prince.