ShadowMan: An Elusive Psycho Killer and the Birth of FBI Profiling (Hardcover) 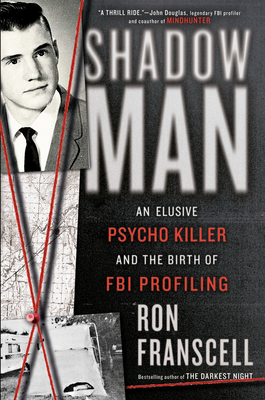 "Mindhunter crossed with American Gothic. This chilling story has the ghostly unease of a nightmare."—Michael Cannell, author of Incendiary: The Psychiatrist, the Mad Bomber and the Invention of Criminal Profiling

On June 25, 1973, a seven-year-old girl went missing from the Montana campground where her family was vacationing. Somebody had slit open the back of their tent and snatched her from under their noses. None of them saw or heard anything. Susie Jaeger had vanished into thin air, plucked by a shadow.

The largest manhunt in Montana’s history ensued, led by the FBI. As days stretched into weeks, and weeks into months, Special Agent Pete Dunbar attended a workshop at FBI Headquarters in Quantico, Virgina, led by two agents who had hatched a radical new idea: What if criminals left a psychological trail that would lead us to them? Patrick Mullany, a trained psychologist, and Howard Teten, a veteran criminologist, had created the Behavioral Science Unit to explore this new "voodoo" they called “criminal profiling.”

At Dunbar’s request, Mullany and Teten built the FBI’s first profile of an unknown subject: the UnSub who had snatched Susie Jaeger and, a few months later, a nineteen-year-old waitress. When a suspect was finally arrested, the profile fit him to a T...

Ron Franscell is the acclaimed author of 18 books and has been hailed as one of America’s best narrative nonfiction writers. A journalist who has covered war and natural disasters abroad, he wrote the international true-crime bestsellers The Darkest Night and the 2017 Edgar finalist Morgue: A Life in Death. His debut book Angel Fire—a USA Today bestselling literary novel about two brothers and the wounds of war—was listed by the San Francisco Chronicle among the 100 Best Novels of the 20th Century West.

"Ron Franscell has written criminal profiling’s origin story, an urgent and obsessive true-crime tale that transcends the genre. ShadowMan ramps up to an almost unbearable pitch, Mindhunter crossed with 'American Gothic.' This chilling story has the ghostly unease of a nightmare—as atmospheric and unnerving a story as you’ll ever read."—Michael Cannell, author of Incendiary: The Psychiatrist, the Mad Bomber and the Invention of Criminal Profiling

“If any modern crime writer should bear the mantle of the late, great Jack Olsen it is Ron Franscell. He’s one of our most provocative authors in any genre. . . Here, he does his usual splendid job of weaving fear, monstrosity, and place into a vivid, harrowing story about an epic moment in forensic history. Nobody does it better.”—Dr. Vincent DiMaio, celebrated medical examiner and author of Forensic Pathology

“A thrill ride through the entangled brutality and brilliance that gave birth to one of the FBI’s most intriguing forensic tools: criminal profiling."—John Douglas, legendary FBI profiler and author of Mindhunter

“Ron Franscell has always been in the upper echelon of true-crime authors. ShadowMan is his crowning achievement. Bravo to a master of the genre!”—Gregg Olsen, #1 New York Times bestselling author of If You Tell and The Hive

“A thrilling book about the lengths to which investigators went to catch an elusive killer and a pivotal moment in the history of criminal investigation.”—Library Journal

"ShadowMan makes an important contribution to the history of profiling as well as a more gripping true-crime narrative than the popular fiction we see about profilers today.”—Psychology Today