I Survived the Eruption of Mount St. Helens, 1980 (Prebound) 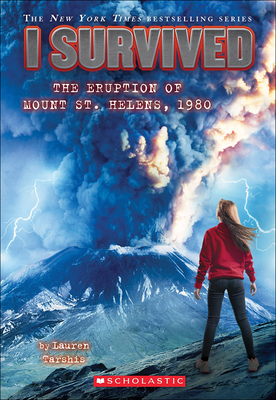 This is book number 14 in the I Survived series.

It was one the most beautiful mountains in America, Mt. St. Helens, in Washington State. But what many didn't know was that this peaceful mountain had an explosive past. For more than a century, it had been quiet. But below ground, pressure had been building, and soon, "Kaboom " Mt. St. Helens would erupt with terrifying fury.
Eleven-year-old Sally Tanner knew the mountain well, and like many, she never imagined that this serene wilderness could turn deadly. But on May 10th, 1980, Sally finds herself in the middle of the deadliest volcanic eruption in U.S. history. Trapped on the mountain, she must escape clouds of poisonous gas, boiling rivers, and landslides of rock, glacial ice, and white-hot debris.
The newest book in the I Survived series will take readers into one of the most dramatic events in recent U.S. history where they will meet one of nature's most devastating forces.

Lauren Tarshis's "New York Times" bestselling I Survived series tells stories of young people and their resilience and strength in the midst of unimaginable disasters. Lauren has brought her signature warmth and exhaustive research to topics such as the September 11 attacks, the destruction of Pompeii, Hurricane Katrina, and the bombing of Pearl Harbor, among others. She lives in Westport, Connecticut, and can be found online at www.laurentarshis.com.