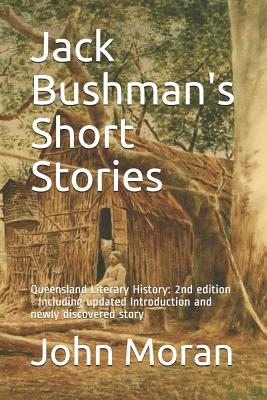 Queensland writer, John Moran, presents an updated edition of Jack Bushman's short stories, which hold a special place in the history of Queensland literature and, therefore, a unique place in English-language literature. As regional literature they portray aspects of Moreton Bay-cum-Queensland life in the 1850s. They are Queensland's first known use of written storytelling to start recording and conveying its history, myths and values.At that time, the mid-19th century, this region of Australia was a newcomer within a growing worldwide family of colonies - the British Empire - which saw Great Britain claiming new living space and opportunities for its own people, while simultaneously trying to come to terms with, subdue and/or "civilise" the existing, long-term residents of its colonial acquisitions.As a result, Jack Bushman's short stories are also British Empire stories and provide unique insights into Britain's Empire-colonisation ideology in the 19th century's "glorious" Empire period, which was, especially in its dealings with the Australian colonies, tempered by its evaluation of and response to the United States of America's violent rejection of Britain's unrepresentative rule from a distance.First published in Brisbane's Moreton Bay Courier newspaper between 1858 and 1860, John Moran republished them, as nine stories, in 1990. Since then he has found a 10th story and more international work has been done on the identity of Jack Bushman.The subject matter of the stories reflects the nature and concerns of the nascent British settlement at Moreton Bay, with a non-Aboriginal population mostly consisting of migrants or ex-convicts born in the United Kingdom. Bush life, frontier struggle, homesickness, memories of the United Kingdom or "home," and race or indigenous relations are all topics included in some way. In "Watch and Wait" Jack Bushman even ventures into one of the great struggles of the age - religious faith versus so-called rationalism. As such, they provide valuable insight into the world of a small community of Britons, who, whether by choice or compulsion, found themselves transplanted to the other side of the world as active participants at the birth of a new member of the British Empire family; as players in the drama that was the foundation of the colony, later Australian State, of Queensland.Finally, in terms of literary eras, Jack Bushman's short stories were written at the end of the Romantic era and the start of the Victorian era. Characteristic elements of the two eras can be seen throughout the stories.John Moran's 1990 Introduction is included. His updated Introduction revisits Jack Bushman's true identity and provides additional discussion starters on the historical and literary features of these unique "yarns.