Half Him Half Her: When do I get to be ME (Paperback) 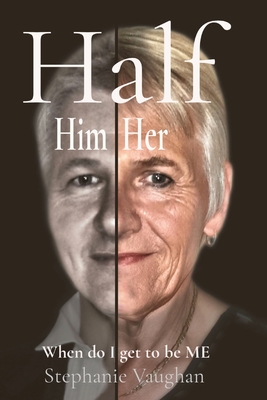 Gender, what is it exactly? It has often been said that Gender is who you go to bed 'as', whereas Sexuality is who you go to bed 'with'. But what happens if you are born 'intersex' and sit somewhere in between male and female; a situation made more complex if your parents conceal that fact from you? And what to think when you learn, more than five decades later, that you had modifying surgery when you were born? Half Him Half Her is a heartfelt portrait beginning with the birth of Robin, to farming parents, in a small Yorkshire town in 1961. Ostensibly a boy, a relatively happy childhood ensues until puberty confirms some of the conflicting and troubling feelings that Robin has been experiencing. The physical and mental bullying started there. But despite his ever-increasing anxiety Robin survives through school, work life and even marriage. It was after his eventual relocation to Western Australia that he learned the extraordinary truth that had been withheld from him for fifty-four years. Half Him Half Her is Robin's remarkable journey from man to woman; from the confusion and pain of the soul-sapping subterfuge of 'living the lie' to the events that became the catalyst for his transition from Robin into Stephanie - the woman she knew she was always meant to be. Follow Stephanie's incredible odyssey; from a Yorkshire dairy farm, through adolescence, adulthood, work and marriage to eventual Gender Reassignment Surgery and her new life in Western Australia.