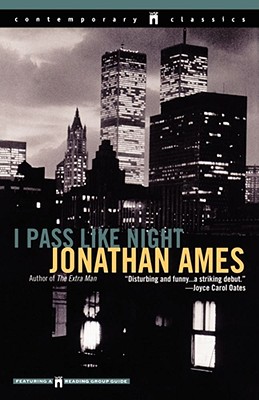 Philip Roth An authentic voice of youthful suffering. Mr. Ames's antisocial young hero comes through as a cross between Jean Genet and Holden Caulfield in the age of AIDS. The style is the real achievement: strong, clean, and poker-faced.

Joyce Carol Oates Cinematic in its short, graphic takes, chilling in its authority....A disturbing and often funny portrait of a man without illusions.

Kirkus Reviews Impressive...Ames set[s] down haunting urban scenes in a spare style that works like poetry.

Time Out London Unerringly builds up an accurate portrait of a dissolute young man floundering in a sea of amorality.

The Times Literary Supplement London This is New York at street level. Ames is something of a gambler [but he] negotiates the pitfalls with remarkable dexterity....There is an unforced sadness at the heart of this novel, and there lies the proof that the gamble has succeeded.

Booklist Ames makes [Alexander Vine] as horrifying an emblem of American young manhood as the coke-snorters of Bright Lights, Big City and Less Than Zero.