The Autobiography of Alice B. Toklas (Paperback) 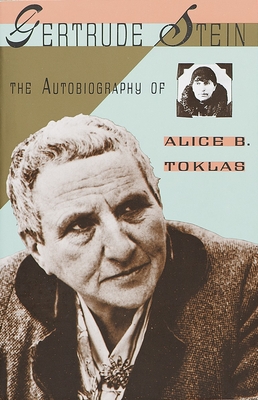 Stein's most famous work; one of the richest and most irreverent biographies ever written.

Gertrude Stein was born in Allegheny, Pennsylvania, on February 3, 1874. At Radcliffe College she studied under William James, who remained her lifelong friend, and then went to Johns Hopkins to study medicine. Abandoning her studies, she moved to Paris with her brother Leo in 1903. At 27 rue de Fleurus, Gertrude Stein lived with Alice B. Toklas, who would remain her companion for 40 years. Not only was she an innovator in literature and a supporter of modern poetry and art, she was the friend and mentor of those who visited her at her now-famous home: Pablo Picasso, Henri Matisse, Jean Cocteau, Ernest Hemingway, F. Scott Fitzgerald, Sherwood Anderson, and Guillaume Apollinaire. Her body of work include Three Lives, Tender Buttons, The Making of Americans, and The Autobiography of Alice B. Toklas.

"Largely to amuse herself, [ Gertrude Stein ] wrote The Autobiography of Alice B. Toklas in 1932...using as a sounding board her companion Miss Toklas, who had been with her for twenty-five years. It has been said that the writing takes on very much Miss Toklas' conversational style, and while this is true the style is still a variant of Miss Stein's conversation style. ...She usually insisted that writing is an entirely different thing from talking, and it is part of the miracle of this little scheme of objectification that she could by way of imitating Miss Toklas put in writing something of her own beautiful conversation. So that, aside from making a real present of her past, she created a figure of herself, established an identity a twin, a Doppelganger.... The book is full of the most lucid and shapely anecdotes, told in a purer and more closely fitting prose... than even Gide or Hemingway have ever commanded .... "

"... The record of nearly thirty years of life in a fantastically changing Paris and else where -- a life passed in the most stimulating and important society."

"... One of the richest, wittiest, and most irreverent [biographies] ever written."