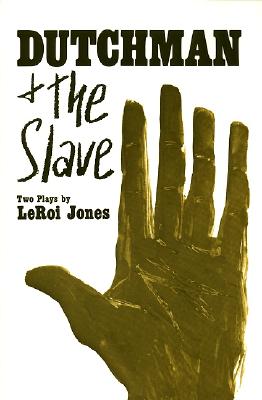 "Dutchman is designed to shock—its basic idea, its language and its murderous rage."
—New York Times

Centered squarely on the Negro-white conflict, both Dutchman and The Slave are literally shocking plays--in ideas, in language, in honest anger. They illuminate as with a flash of lightning a deadly serious problem--and they bring an eloquent and exceptionally powerful voice to the American theatre.

Dutchman opened in New York City on March 24, 1964, to perhaps the most excited acclaim ever accorded an off-Broadway production and shortly thereafter received the Village Voice's Obie Award. The Slave, which was produced off-Broadway the following fall, continues to be the subject of heated critical controversy.

Amiri Baraka, born Leroi Jones in 1934, is a poet, playwright, novelist, critic, and politcal activist. Best known for his highly acclaimed, award-winning play "Dutchman," as well as "The Slave, The Toliet," and numerous poetry collections. He lives in Newark, New Jersey.