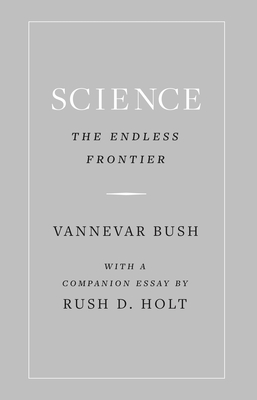 Science, the Endless Frontier is recognized as the landmark argument for the essential role of science in society and government's responsibility to support scientific endeavors. First issued when Vannevar Bush was the director of the US Office of Scientific Research and Development during the Second World War, this classic remains vital in making the case that scientific progress is necessary to a nation's health, security, and prosperity. Bush's vision set the course for US science policy for more than half a century, building the world's most productive scientific enterprise. Today, amid a changing funding landscape and challenges to science's very credibility, Science, the Endless Frontier resonates as a powerful reminder that scientific progress and public well-being alike depend on the successful symbiosis between science and government. This timely new edition presents this iconic text alongside a new companion essay from scientist and former congressman Rush Holt, who offers a brief introduction and consideration of what society needs most from science now. Reflecting on the report's legacy and relevance along with its limitations, Holt contends that the public's ability to cope with today's issues--such as public health, the changing climate and environment, and challenging technologies in modern society--requires a more capacious understanding of what science can contribute. Holt considers how scientists should think of their obligation to society and what the public should demand from science, and he calls for a renewed understanding of science's value for democracy and society at large. A touchstone for concerned citizens, scientists, and policymakers, Science, the Endless Frontier endures as a passionate articulation of the power and potential of science.

Vannevar Bush (1890-1974) was director of the US Office of Scientific Research and Development during World War II. He was also president of the Carnegie Institution for Science and chairman of the National Advisory Committee for Aeronautics. Rush D. Holt is CEO emeritus of the American Association for the Advancement of Science. He served in the US House of Representatives from 1999 to 2015; was head of the Office of Strategic Forces' Nuclear and Scientific Division, US Department of State; and has been assistant director of the Princeton Plasma Physics Laboratory. Twitter @RushHolt