Magic Bean: The Rise of Soy in America (Hardcover) 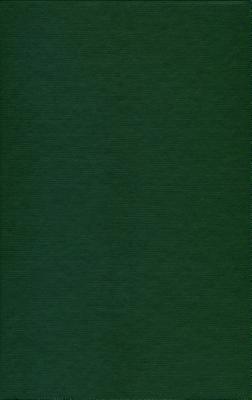 By Matthew Roth
$50.00
Possibly out of print. Email or call to check availability and price.

At the turn of the twentieth century, soybeans grew on so little of America's land that nobody bothered to track the total. By the year 2000, they covered upward of 70 million acres, second only to corn, and had become the nation's largest cash crop. How this little-known Chinese transplant, initially grown chiefly for forage, turned into a ubiquitous component of American farming, culture, and cuisine is the story Matthew Roth tells in Magic Bean: The Rise of Soy in America. The soybean's journey from one continent into the heart of another was by no means assured or predictable. In Asia, the soybean had been bred and cultivated into a nutritious staple food over the course of centuries. Its adoption by Americans was long in coming--the outcome of migration and innovation, changing tastes and habits, and the transformation of food, farming, breeding, marketing, and indeed the bean itself, during the twentieth century. All come in for scrutiny as Roth traces the ups and downs of the soybean's journey. Along the way, he uncovers surprising developments, including a series of catastrophic explosions at soy-processing plants in the 1930s, the widespread production of tofu in Japanese-American internment camps during World War II, the decades-long project to improve the blandness of soybean oil, the creation of new southern soybean varieties named after Confederate generals, the role of the San Francisco Bay Area counterculture in popularizing soy foods, and the discovery of soy phytoestrogens in the late 1980s. We also encounter fascinating figures in their own right, such as Yamei Kin, the Chinese American who promoted tofu during World War I, and African American chemist Percy Lavon Julian, who played a critical role in the story of synthetic human hormones derived from soy sterols. A thoroughly engaging work of narrative history, Magic Bean: The Rise of Soy in America is the first comprehensive account of the soybean in America over the entire course of the twentieth century.