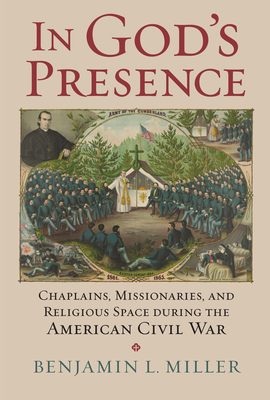 When thousands of young men in the North and South marched off to fight in the Civil War, another army of men accompanied them to care for these soldiers' spiritual needs. In God's Presence explores how these two cohorts of men, Northern and Southern and mostly Christian, navigated the challenges of the Civil War on battlefields and in military camps, hospitals, and prisons. In wartime, military clergy--chaplains and missionaries--initially attempted to replicate the idyllic world of the antebellum church. Instead they found themselves constructing a new religious world--one in which static spaces customarily invested with religious meaning, such as houses and churches, gave way to dynamic sacred spaces defined by clergy to suit changing wartime circumstances. At the same time, the religious beliefs that soldiers brought from home differed from the religious practices that allowed them to endure during wartime. With reference to Civil War soldiers' diaries, letters, and memoirs, this book asks how clergy shaped these practices; how they might have differed from camp to battlefield, hospital, or prison; and how this experience affected postbellum religious belief and practice. Religion and war have always been at the center of the human condition, with warfare often leading to heightened religiosity. The Civil War cannot be fully explained without understanding religion's role in the conflict. In God's Presence advances this understanding by offering critical insight into the course and consequences of America's epochal fratricidal war.