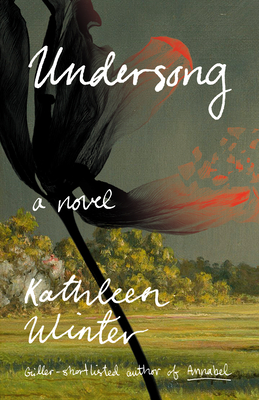 When young James Dixon, a local jack-of-all-trades recently returned from the Battle of Waterloo, meets Dorothy Wordsworth, he quickly realizes he’s never met another woman anything like her. In her early thirties, Dorothy has already lived a wildly unconventional life. And as her famous brother William Wordsworth’s confidante and creative collaborator—considered by some in their circle to be the secret to his success as a poet—she has carved a seemingly idyllic existence for herself, alongside William and his wife, in England’s Lake District.

One day, Dixon is approached by William to do some handiwork around the Wordsworth estate. Soon he takes on more and more chores—and quickly understands that his real, unspoken responsibility is to keep an eye on Dorothy, who is growing frail and melancholic. The unlikely pair of misfits form a sympathetic bond despite the troubling chasm in social class between them, and soon Dixon is the quiet witness to everyday life in Dorothy’s family and glittering social circle, which includes literary legends Samuel Coleridge, Thomas de Quincy, William Blake, and Charles and Mary Lamb.

Through the fictional James Dixon—a gentle but troubled soul, more attuned to the wonders of the garden he faithfully tends than to vexing worldly matters—we step inside the Wordsworth family, witnessing their dramatic emotional and artistic struggles, hidden traumas, private betrayals and triumphs. At the same time, Winter slowly weaves a darker, complex “undersong” through the novel, one as earthy and elemental as flower and tree, gradually revealing the pattern of Dorothy's rich, hidden life—that of a woman determined, against all odds, to exist on her own terms. But the unsettling effects of Dorothy’s tragically repressed brilliance take their toll, and when at last her true voice sings out, it is so searing and bright that Dixon must make an impossible choice.

KATHLEEN WINTER's novel Annabel was shortlisted for the Scotiabank Giller Prize, the Governor General's Literary Award, the Rogers Writers' Trust Fiction Prize, the Amazon.ca First Novel Award, the Orange Prize, and numerous other awards. It was also a Globe and Mail "Best Book," a New York Times "Notable" book, a Quill & Quire "Book of the Year" and #1 bestseller in Canada. It has been published and translated worldwide. Her Arctic memoir Boundless (2014) was shortlisted for Canada's Weston and Taylor non-fiction prizes, and her last novel Lost in September (2017) was longlisted for the International Dublin Literary Award and was a finalist for the Governor General's Literary Award. Born in the UK, Winter now lives in Montreal after many years in Newfoundland.

“[C]onsistently elegant and original. It is very much a book about language and atmosphere. Winter mimics period style beautifully, and she also infuses the novel with unconventional touches—like the brief interstitial sections narrated by a sycamore tree on the Wordsworth property—that arguably conjure the idiosyncratic spirit of her heroine better than any first-person narration could have achieved.” —Quill & Quire (starred review)

"Kathleen Winter is a rare talent. . . . [Her] version of Dorothy Wordsworth’s story reveals the rich, hidden life of a woman determined against all societal expectations to live on her own terms. . . . Compelling, gracefully written, poignant and profound, Winter’s novel glimmers and beckons. . . . . Undersong is a stunning, spellbinding, poetic triumph." —Toronto Star

"[A]n engrossing delight. . . . Dorothy [Wordsworth]’s exuberant imagination blooms on the page. . . .  [A] tantalizing glimpse into a life as it could have been." —Literary Review of Canada

“Boundless is digressive and philosophical. . . . Winter is a confident and engaging stylist, and her treatment of the material is kind and empathetic. She finds the bizarrely beautiful in each person and in the land. Her story is filled with surprising and delightful humour, even while it deals with very significant problems. . . . Ultimately, the journey that Kathleen Winter takes on a last-minute whim is transformative. Her precise and vivid prose allows the reader to share in that transformation. . . . Boundless is a tremendous gift.” —Quill & Quire (starred review)

“Filled with elegance and insight, Boundless is an important contribution to the conversation about Canada’s north.” —CBC

“Boundless reads, as the title suggests, as a book free of borders and limitations, with Winter slipping effortlessly between the personal and the external, between the closely observed and the historical. It is a deep book, meditative and thoughtful, but it is also compulsively readable, driven by an inexorable narrative drive and its keen attention to humanity in all its manifold complexities. It is the sort of book one will finish and return to. . . . It both heightens life and plumbs its deepest mysteries, laying bare the beauty of both the world and the soul.” —The Globe and Mail