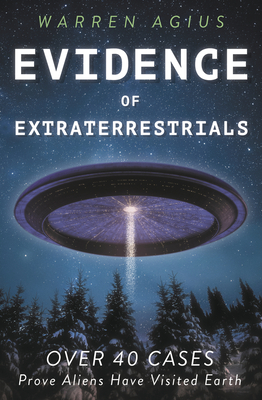 Over Forty Alien Encounters That Disclose the Real Truth

Discover an in-depth, case-by-case analysis that proves the existence of extraterrestrials. Beginning with the Aurora Crash in 1897 and the famous battle of Los Angeles in 1942, this book tells the definitive stories and provides impeccable documentation for these extraordinary encounters. Learn whether the bodies recovered at Roswell were test dummies or extraterrestrials. Explore the truth behind the military's peculiar response to the Phoenix lights. Read about the Petit-Rechain photograph of the Belgian UFO wave, the Lubbock Lights photograph, and the Mariana film footage. You will explore lesser-known incidents such as the shutdown of China's Xiaoshan Airport as well as the famous Tic Tac encounter. Additionally, Evidence of Extraterrestrials details the influence of six government UFO programs on the quest for disclosure. Whether you are a seasoned UFOlogist or just have a casual interest in unexplained phenomena, this book reveals detailed answers that prove once-and-for-all that aliens are real and they are visiting the Earth.

Warren Agius (Malta) is a longtime UFO researcher, known for his unbiased approach to factual evidence. He has personally interviewed UFO contactee and bestselling author Whitley Strieber as well as the late ufologist Stanton Friedman.