Wobblies of the World: A Global History of the IWW (Wildcat) (Hardcover) 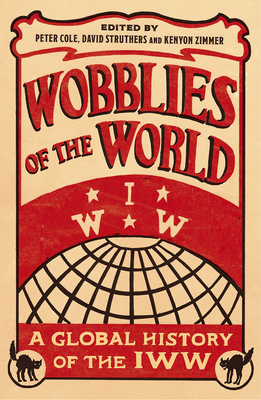 Founded in 1905, Chicago’s Industrial Workers of the World (IWW) is a union unlike any other. With members affectionately called “Wobblies” and an evolutionary and internationalist philosophy and tactics, it rapidly grew across the world. Considering the history of the IWW from an international perspective for the first time, Wobblies of the World brings together a group of leading scholars to present a lively collection of accounts from thirteen diverse countries, revealing a fascinating story of anarchism, syndicalism, and socialism.

Drawing on many important figures of the movement—Har Dayal, James Larkin, William D. “Big Bill” Haywood, Enrique Flores Magón, and more—the contributors describe how the IWW and its ideals spread, exploring the crucial role the IWW played in industries such as shipping, mining, and agriculture. Ultimately, the book illuminates Wobblie methods of organizing, forms of expression, practices, and transnational issues, offering a fascinating alternative history of the group.

“Convincing proof that the Wob message is universal, and the stamp of Wob greatness remains.”
— Truthout

“In the face of attacks on workers around the world and diminishing union power, these essays provide inspiration and even guidance for the creation and sustenance of a multiracial and multinational working-class movement of men and women, struggling to contest the depredations of global capital and to ‘build a new world in the shell of the old.’”
— Against the Current

“Although there is no shortage of books about the history of the IWW, they mostly tell the story of a North American union and revolutionary movement. But naming themselves the Industrial Workers of the World was no mere rhetorical flourish. The globalism implied in their name is fleshed out in [this] new book.”
— In These Times

“As a second-generation member of the IWW, I am delighted to see this outstanding collection of essays on the Wobblies, their achievements, and their substantial impact despite severe repression.”
— Noam Chomsky

"A splendid project and a vitally important contribution to the understanding of labor as a social movement, within but also beyond the limits of contracts and sustained organization. In our century, the lessons of the IWW loom larger than they have for generations."
— Paul Buhle, co-editor of Wobblies!