What Is Slavery? (What Is History?) (Paperback) 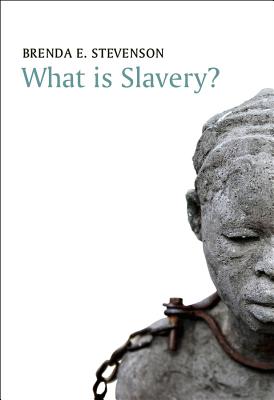 What is slavery? It seems a simple enough question. Despite the long history of the institution and its widespread use around the globe, many people still largely associate slavery, outside of the biblical references in the Old Testament, to the enslavement of Africans in America, particularly the United States. Slavery proved to be essential to the creation of the young nation's agricultural and industrial economies and profoundly shaped its political and cultural landscapes, even until today.

What Is Slavery? focuses on the experience of enslaved black people in the United States from its early colonial period to the dawn of that destructive war that was as much about slavery as anything else. The book begins with a survey of slavery across time and place, from the ancient world to the beginning of the Atlantic slave trade and then describes the commerce in black laborers that ushered in market globalization and brought more than 12 million Africans to the Americas, before finally examining slavery in law and practice.

For those who are looking for a concise and comprehensive treatment of such topics as slave labor, culture, resistance, family and gender relations, the domestic slave trade, the regionalization of the institution in the expanding southern and southwestern frontiers, and escalating abolitionist and proslavery advocacies, this book will be essential reading.

Brenda E. Stevenson is Professor of History at University of California, Los Angeles