Beyond the Setting Sun (Paperback) 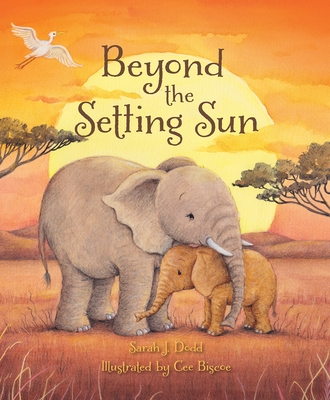 A picture story book about bereavement to support young children, specifically those who have lost a parent.

The waterholes of the African Savannah have dried up and there has not been enough to drink for some of the animals. Ekundayo, a young elephant, struggles to understand the loss of his mother, but the support of his family help and guide him through.

Carefully researched about the stages of grief for young children, Sarah J Dodd sensitively portrays this in the response and actions of Ekundayo to help children express and share how they are feeling with those around them. Ekundayo's aunt and father provide words of understanding, reassurance and comfort, and the message that the love of Ekundayo's mother shines on, telling of a greater Love that may not see but never goes away and is everywhere.

At the end, Debbie Duncan also provides helpful advice for parents and carers as consider how to talk about death and dying with young children.

Sarah J. Dodd ============= Sarah J. Dodd grew up in the north of England and spent her time walking with her family, reading as many books as she could get her hands on, or dreaming about horses. Her first career was in Science, with a degree in Environmental Science and a PhD in Plant Ecology. Then she discovered her passion for working with children and became a primary school teacher. After living in Australia for a while, she returned to the UK and settled in Lancashire, where she still lives. When she became a full-time mum, she began to pursue her childhood dream of becoming an author, and her first book was published in 2008. A lover of mountains, maps and mysterious paths, she will try anything once and loves to get her hands and clothes dirty in the name of fun and adventure. She is the author of Beyond The Setting Sun, Just Like You, The Lion Picture Bible and Legs. Cee Biscoe ========== Cee is an illustrator of picture books. She is the illustrator of Beyond the Setting Sun. Cee was encouraged to draw from an early age and in her teens, she studied Graphic Design and began a tentative career in illustration whilst still at college by designing punk record covers and goth stationery! Several years later, she decided to focus on drawing again and left her office job to concentrate on illustration. In 2008 she gained an MA in Children's Book Illustration and since then has worked on over 40 picture books and board books for publishers all around the world! She loves nature and especially creepy crawly things (which often turn up in her pictures) and in her spare time enjoys music, walking in the wilds and looking after her Wormery! You can learn more about Cee at her website, www.ceebiscoe.co.uk/.