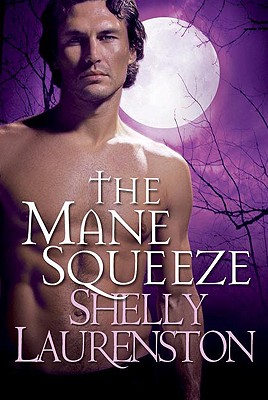 This is book number 4 in the Pride series.

In Shelly Laurenston's laugh-out-loud funny, deliciously sexy novel, a shape-shifting Grizzly and a single dangerous feline collide-and discover untamed, unstoppable attraction... Growing up on the tough Philly streets, Gwen O'Neill has learned how to fend for herself. But what is she supposed to do with a nice, suburban Jersey boy in the form of a massive Grizzly shifter? Especially one with a rather unhealthy fetish for honey, moose, and...uh...well, her. Yet despite his menacing ursine growl and four-inch claws, Gwen finds Lachlan "Lock" MacRyrie cute and really sweet. He actually watches out for her, protects her, and unlike the rest of her out-of-control family manages not to morbidly embarrass her. Too bad cats don't believe in forever. At nearly seven feet tall, Lock is used to people responding to him in two ways: screaming and running away. Gwen-half lioness, half tigress, all kick-ass-does neither. She's sexy beyond belief and smart as hell, but she's a born protector. Watching out for the family and friends closest to her but missing the fact that she's being stalked by a murderous enemy who doesn't like hybrids...and absolutely hates Gwen. Lock probably shouldn't get involved, but he will. Why? Because this is Gwen-and no matter what the hissing, roaring, drape destroying feline says about not being ready to settle down, Lock knows he can't simply walk away. Not when she's come to mean absolutely everything to him.

Shelly Laurenston is the New York Times and USA Today bestselling author of the Pride, Call of Crows, and The Honey Badger Chronicles, as well as winner of the RT Book Reviews Readers' Choice Award for her 2016 novel, The Undoing. When she's not writing about sexy wolf, honey badger, lion, and other fang-filled predators, she's writing about sexy dragons as G.A. Aiken, the acclaimed and bestselling author of the Dragon Kin series. Originally from Long Island, she now lives on the West Coast and spends most of her time writing and making sure her rescued Pit bull doesn't love everyone into a coma. Please visit her online at www.ShellyLaurenston.com.