Navigators of Dune: Book Three of the Schools of Dune Trilogy (Hardcover) 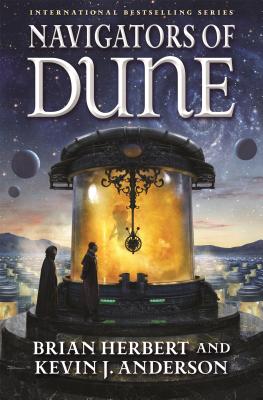 By Brian Herbert, Kevin J. Anderson
$27.99
Possibly out of print. Email or call to check availability and price.

This is book number 10 in the Dune series.

The story line tells the origins of the Bene Gesserit Sisterhood and its breeding program, the human-computer Mentats, and the Navigators (the Spacing Guild), as well as a crucial battle for the future of the human race, in which reason faces off against fanaticism. These events have far-reaching consequences that will set the stage for Dune, millennia later.